The 1950s represent a time of awakening and hope. The Stadtmuseum Harburg is showing a new special exhibition that brings this time back to life: How did one live, how did one work in Harburg at back then? What did a shopping spree look like? How did the people of Harburg spend their free time? Gerhard Beier – photographer for the local newspaper “Harburger Anzeigen und Nachrichten” (HAN) – captured these moments with the camera at the time. What Beier was daily work, reveals itself in retrospect as an important photographic treasure.  Whether it’s street scenes, pictures of the marksmen’s fair on the Schwarzenberg or sports competitions from the post-war harburg of the early 1950s – the photographs are a valuable archive of everyday  life and contemporary history. For the experts of the museum it quickly became clear that this exciting photo treasure should be shown as part of a multi-part exhibition series. More than 50 black-and-white photographs are now on display in the first exhibition “Harburg Stories: The 1950s”, which allow visitors to take a stroll through this decade.

Gerhard Beier’s estate, which was transferred to the Stadtmuseum Harburg after his death in 2010, includes a photo archive consisting of around 190,000 carefully labelled negatives from the period 1952 to 1991 and documents his many years of work as a photographer for “Harburger Anzeigen und Nachrichten” (HAN). 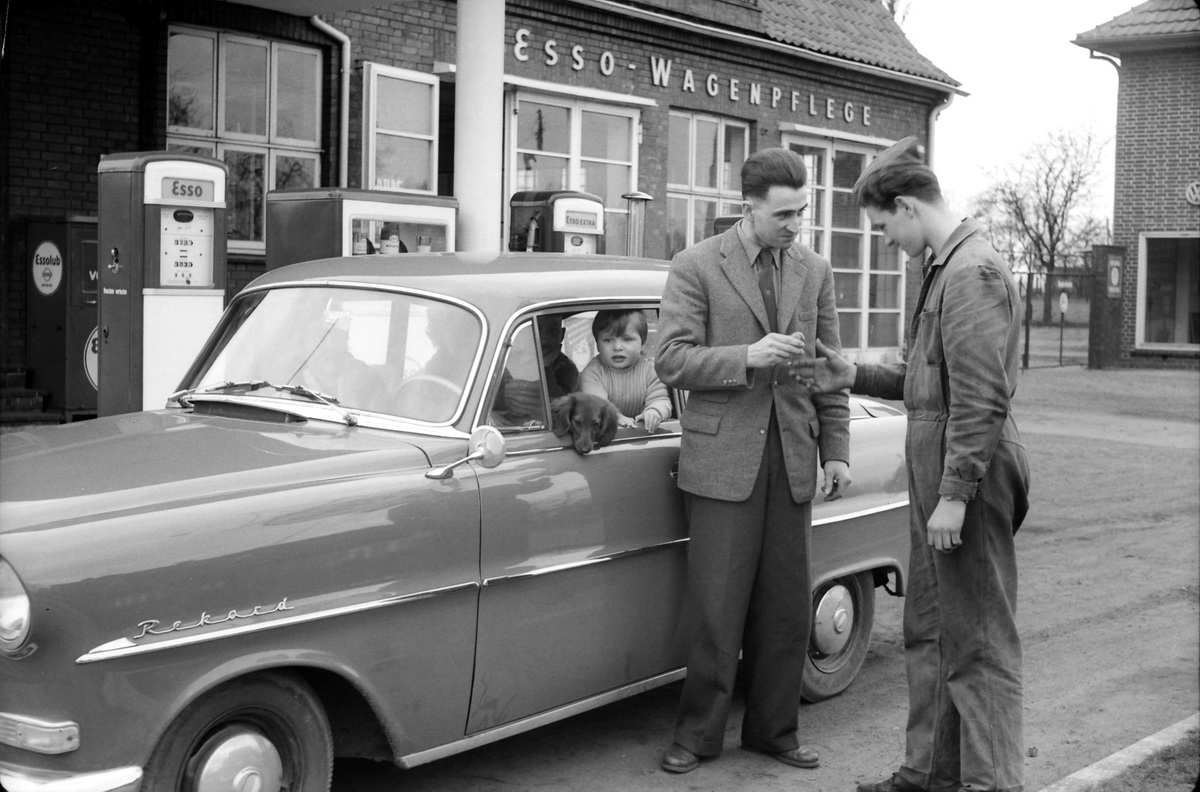 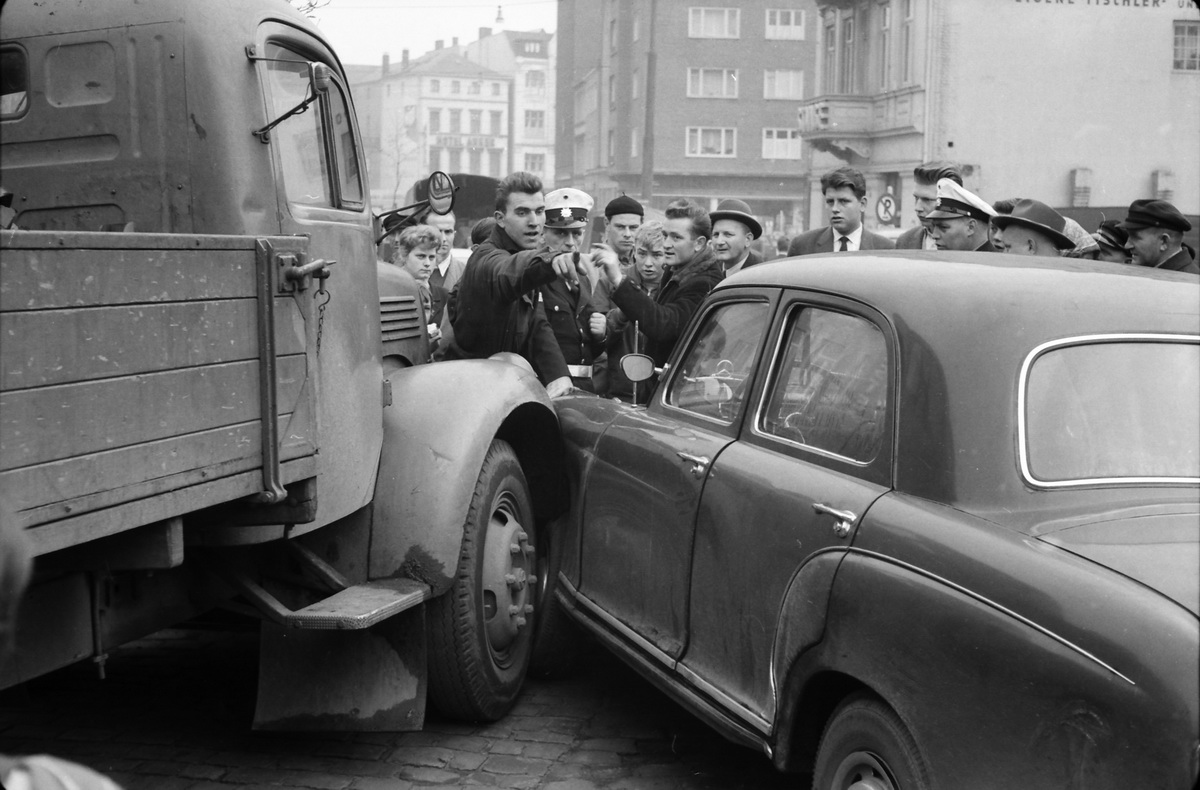 Trouble on the Question of Guilt

In 1949, Beier joined the HAN as a courier and newspaper driver. Later, when a position in the photo lab of the editorial office became vacant, he moved to this department. From his wife, who was a photo lab technician by profession, he had acquired important knowledge. He developed films, produced the required magnifications according to the instructions of the editors and became a photographer for the HAN himself until he retired in 1991.

For Gerhard Beier, the recordings were initially primarily a daily task: car accidents, firefighting missions, children’s festivals and fashion shows, shooting festivals in the city and in the district of Harburg. He documented exhibitions of small animal breeders as well as party events and official receptions. Beier was particularly well known as a photo reporter at sporting events. Football matches are a focal point in his work, but he was also involved with the camera in field handball and boxing competitions at Friedrich-Ebert-Halle. From now, with the first exhibition of the new series “City. Country. Photo.” under the title “Harburg Stories: The 1950s” there are more than 50 of his photographs on view, which take visitors on a foray through the 1950s of Harburg and bring many memories of this time back to life. 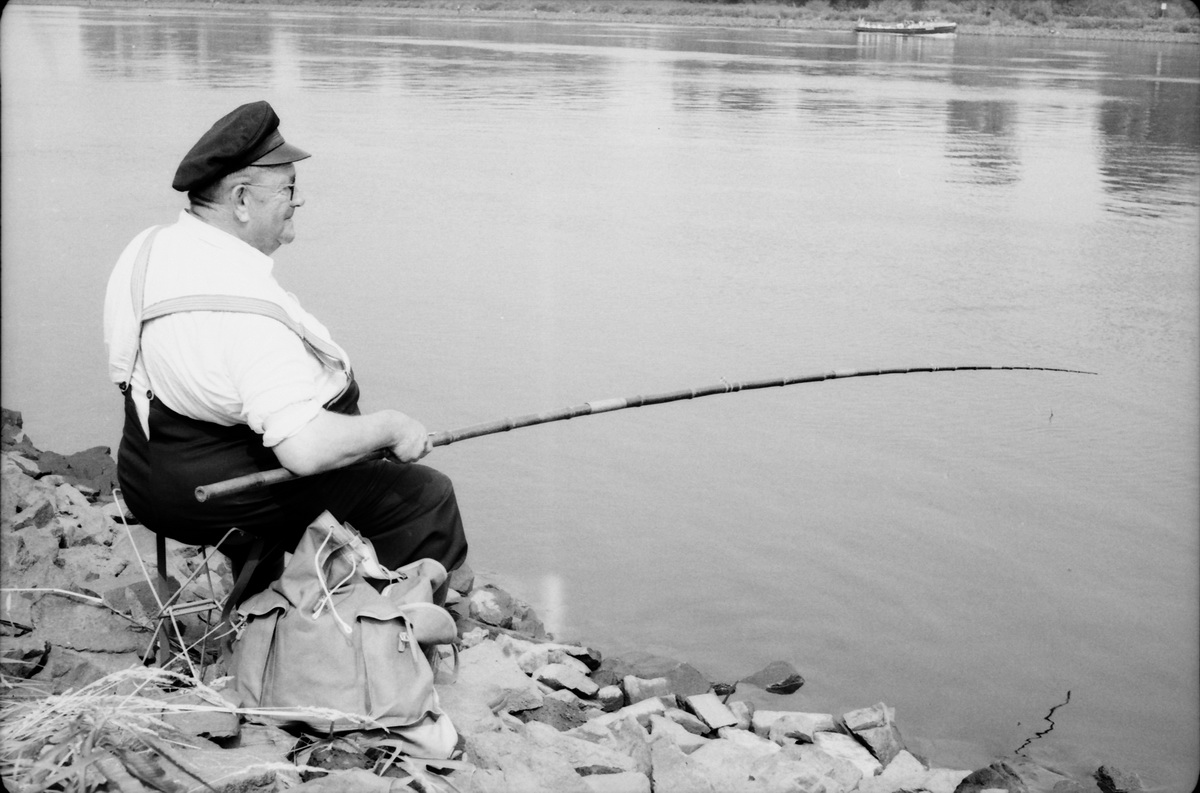 An Angler from Harburg

The Harburg Kulturtag (“culture day”) in the autumn of each year has become an integral part of the lively art and culture scene in Hamburg. This year it takes place for the 17th time. On Sunday, the 8th of November, from 12.00 to 20.00 all important cultural institutions from Harburg present themselves here.

History Showcase: Ritual or Riot. To the world of images from the tomb of Storax

In our series “History Showcase” we regularly offer a lecture concerning the topics of archaeology or city history.

Once a year, interested visitors can experience Hamburg’s architectural culture in a special way: during guided tours, walking tours and cultural events in usually non-publicly accessible monuments, they learn a lot about the history of construction and experience the historical flair of Hamburg’s diverse landscape of monuments.